What a Sunday for Audi at the Lausitzring motorsport festival! In front of an impressive crowd, Jamie Green and Mattias Ekstrm perfected the first one-two victory of the new Audi RS 5 DTM. With five cars in the top seven positions, Audi was the strongest brand overall.

The brilliant winner of the fourth race this season was Jamie Green from Audi Sport Team Rosberg who had just barely missed pole position by 0.027 seconds in an extremely close qualifying session. Having started from position three, the Briton overtook the BMW of Tom Blomqvist as early as on lap four and afterwards went on to chase the fastest driver in qualifying, Robert Wickens in a Mercedes-Benz. On the 31st of 43 laps, Green pulled off the crucial overtaking maneuver at the end of the start-finish straight. Subsequently, Green managed to pull clear of his immediate rivals, control the pace and celebrate a dominant 15th victory in his DTM career. In the overall classification, Green improved to position two, trailing leader of the standings Lucas Auer, who only came tenth on Sunday, by just 16 points.

Im very happy about my second victory in just four races this season, Jamie Green said after his victorious run. It felt like a long race. I was following Robert Wickens in position two most of the time and waited for the perfect time to attack. In the first stint, Robert was very strong, but after the pit stop I was able to attack. The battle with him was fair and in the end I managed to gain an advantage. Plus, its great that two Audi drivers were on podium today.

A sensational race with an aggressive strategy made Mattias Ekstrm advance from grid position eight to second place. Audi Sport Team Abt Sportsline called the Swede into the pits for the tire change after just one lap. In spite of his extremely early stop, Ekstrm set consistently fast lap times up until the end and six laps before the finish overtook Robert Wickens as well. With a good setup, Ive always been able to take it easy on the tires, said the rallycross world champion following his first DTM podium result in the 2017 season. And today we had a good setup. Starting from position eight meant we had to show some willingness to take risks. This tactic worked out tremendously.

Mike Rockenfeller (Audi Sport Team Phoenix) advanced from grid position eleven to fifth place using the same tactic. The German changed tires after just one lap too. Nico Mller finished his 50th DTM race in position six. Ren Rast completed Audis success in seventh place and by setting a new lap record that beat his best time from the day before. Loc Duval achieved fast lap times as well. However, following a few fierce duels, the DTM rookie had to settle for position 18 in the end.

That was truly fantastic for us today, Head of Audi Motorsport Dieter Gass said after the race. We successfully fought a forward battle with nearly all our drivers. Obviously, Jamies (Green) victory is particularly sweet, but the aggressive strategies of Mattias (Ekstrm) and Mike (Rockenfeller) with their stops on lap one were top-class too. They set fast times up until the end and Mike even posted his fastest lap on the penultimate one. This speaks for our new Audi RS 5 DTM. We had five Audi cars in the top seven today. What more could you ask for?

Following a short break, the DTM will continue on June 17 and 18 at the Hungaroring in Hungary where Audi celebrated two commanding victories last year. 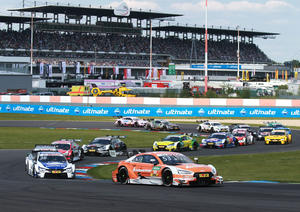 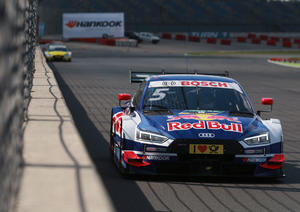 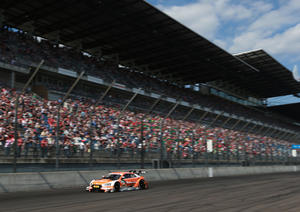 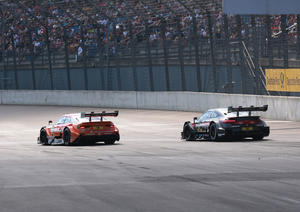 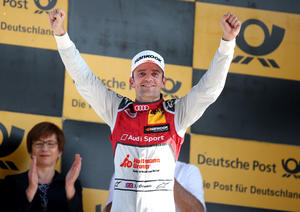 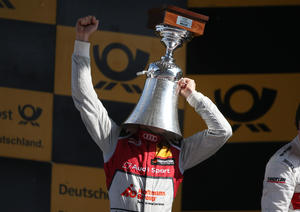 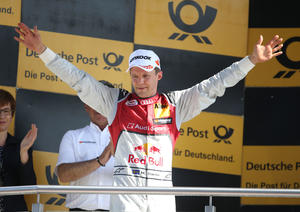 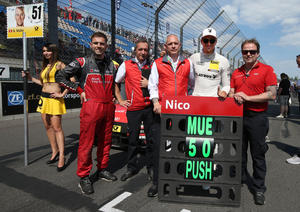