LINKIN PARK announced their One More Light World Tour today via Genius HERE A first for both the genre-defying band and the lyric annotation platform.

Produced by Live Nation, the One More Light World Tour with special guest, Machine Gun Kelly, kicks off July 27th in Boston, MA at the Xfinity Center.  See itinerary below.

In an effort to put tickets into the hands of real fans, first access to tickets for the One More Light World Tour will be reserved exclusively for fans not scalpers or bots. The Linkin Park Presale powered by Ticketmaster Verified Fan, will utilize unique fan-first technology to level the playing field and ensure fans compete against other fans for tickets not software. The more you participate, the higher your spot in line and the better your access to tickets. Linkin Park Fan Club (LPU) members will get priority, but anyone can work their way to the top.

Pre-sale begins May 9th. Fans and LPU members can register for the tour pre-sale right now at https://presale.linkinpark.com/.  General on-sale is set for May 12th for more information visit livenation.com.

Linkin Park will release their highly anticipated seventh studio album, One More Light, May 19th via Warner Bros. Records. The band’s risky creative choices swinging wildly from song to song, album to album – are a hallmark of their career, and One More Light is no exception.  Their most personal to date, the album is built on the stories of six voices coming clean about their lives and struggles, as if it were the first time.  OML isn’t bigger, louder, or more avant-garde, it’s more human.

The One More Light World Tour set list will combine the biggest hits of Linkin’s Park expansive career, as well as material from the new album, with all the intense high energy and passion the band is known for. “Our fans know how much love we put into our live show,” says guitarist, Brad Delson. “They know how much we enjoy the connection when we play a fan favorite on stage. The emotional and sonic content of this new batch of songs is going to bring a whole new dimension to the show.”

Every single full priced ticket purchased for the tour includes a choice of a standard CD or standard digital copy of the One More Light album ($10.99 value)

Special guest on the tour is EST 19XX / Bad Boy / Interscope recording artist, Machine Gun Kelly.  He is set to release his third studio album, bloom, the same day tickets go on sale for the tour – Friday May 12th. The inspiring debut single,  “At My Best” featuring Hailee Steinfeld, was the number one most added song at Rhythmic radio, and has received 20.3+ Spotify streams to date.  His “Bad Things” single earned Machine Gun Kelly his first #1 song on Pop Radio as well as peaking at #4 on the Billboard Hot 100.

The One More Light World Tour won’t be the first time Linkin Park and Machine Gun Kelly shared the stage. In 2014, Machine Gun Kelly joined LP for a rendition of “Bleed It Out” on the band’s surprise appearance at the Van’s Warped Tour.

Also joining the tour in Boston, Philadelphia and Uncasville, is one of Japan’s most popular and electrifying live rock bands, ONE OK ROCK.

$1.00 from every full priced ticket sold on the tour will benefit Music For Relief, the charity foundation Linkin Park founded in 2005 to aid survivors of natural disasters and environmental protection. For further info go to www.musicforrelief.org

* Dates also with ONE OK ROCK
** Support To Be Announced

NEW YORK AND PENNSYLVANIA TO BE ANNOUNCED AT A LATER DATE

FOR TOUR NEWS AND LATEST UPDATES GO TO
www.linkinpark.com

Linkin Park is the biggest band on Facebook, and command a massive Youtube channel of over 3 billion plays and 7 million subscribers.  Their first album, Hybrid Theory is the best-selling debut of this century, certified diamond (10 million) in the US.  They have won 2 Grammy Awards, 5 American Music Awards, 4 MTV VMA Awards, 10 MTV Europe Music Awards and 3 World Music Awards. They have sold out stadiums around the world, headlining some of the biggest music festivals including Download, Reading and Leeds in the UK, Rock in Rio in Portugal and Summer Sonic in Japan, as well as the distinction of being the first and only western rock band to play a 5 stadium tour in China. Their most recent tour was the band’s most successful World Tour to date – playing to over 1.5 million fans in 16 countries. In 2005, the band founded Music For Relief, a 501 (c) (3) non-profit organization dedicated to providing aid to victims of natural disasters and the prevention of such disasters. Since it’s inception, MFR has raised over 7 million dollars for multiple victims across 4 continents, including Hurricane Katrina, China’s Wenchuan earthquake, a cholera outbreak in Zimbabwe, earthquakes in Haiti and Japan in 2010, and Typhoon Haiyan in the Philippines.

Genius is the world’s largest destination for song lyrics and musical knowledge. Powered by its community, in-house creative team, and the artists themselves, the platform serves musical knowledge to over 100 million people each month on Genius.com and everywhere music fans connect across the internet. Founded in 2009, Genius began as a platform for annotating clever rap lyrics. Over the years, it has expanded its mission to include more than hip-hop, and more than just lyrics. Every song has a story that needs to be told, and the biggest names in musicincluding Kendrick Lamar, Ariana Grande, and Lin-Manuel Mirandacome to Genius to give the world insight into their art. 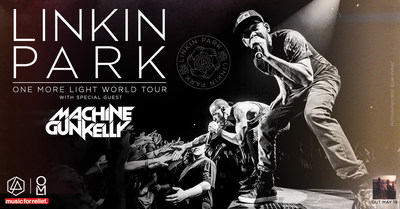